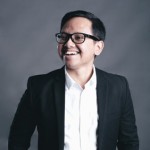 Enhanced with a strong technical background and his set of diverse skills in entrepreneurship, Irzan Raditya is a man of concept and cutting-edge ideas. Upon his graduation from University of Applied Sciences for Engineering and Economics in Berlin (HTW Berlin) in 2012, Irzan had worked at some notable startup players in Europe startup scene, such as Rocket Internet’s Zalando and Takeaway.com. Irzan believes in “a tap for a help”, meaning that technology exists to ease people with daily life, therefore everything he does with technology must be valuable to the people who use them. Align with “a tap for a help” concept, in June 2015 he co-founded YesBoss, a chat-based personal assistant service in Indonesia, which now has transformed into Kata.ai, the first AI-powered chatbot platform with the focus on Natural Language Processing for Bahasa Indonesia, connecting brands with millions of their audience through the commonly-used messaging channels.