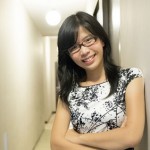 Shieny is co-founder of Agate, the largest local game company in Indonesia. Since 2009, she’s been leading the company from its inception until becoming one of the largest in the South-East Asia region. The company is growing with 2 main business divisions: Entertainment Games and Serious Games. The Entertainment Games division is focusing on developing high quality mobile games for South-East Asia and global market. The Serious Games division is focusing on developing mobile and PC games with greater purpose other than pure entertainment, such as for marketing purpose and corporate training purpose. Since 2015, Shieny is focusing on leading the Serious Games division, while also serving as board member of Agate.