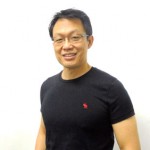 Sukan Makmuri is a well-known professional in the world of startup and IT industry. For over than 20 years, Sukan honed his business, product management, finance, and technology skills in several startups in Silicon Valley. He also played the role as senior consultant to major corporations and vice
president of Internet Banking Technology at Bank of America. In the last few years, numerous startups & incubators in Silicon Valley and SE Asia has gotten many benefits from his sharp and strategic mentoring.

Sukan holds a BS in Mechanical Engineering from the University of California – Santa Barbara, MS in Engineering Management from Stanford University and Computer Science from Rice University.

Getting inspired by the Indonesia’s explosive growth, Sukan decided to return to Indonesia as COO of Indonesia’s giant company, KasKus in 2013. His contribution in Indonesia technology industry continued by joining as CTO (Chief
Technology Officer) of KUDO until now, due to the massive of O2O (Online-ToOffline) business in Indonesia. Hand in hand with the founders, he aims to create 1 million digital entrepeneurs in Indonesia by early of 2018.